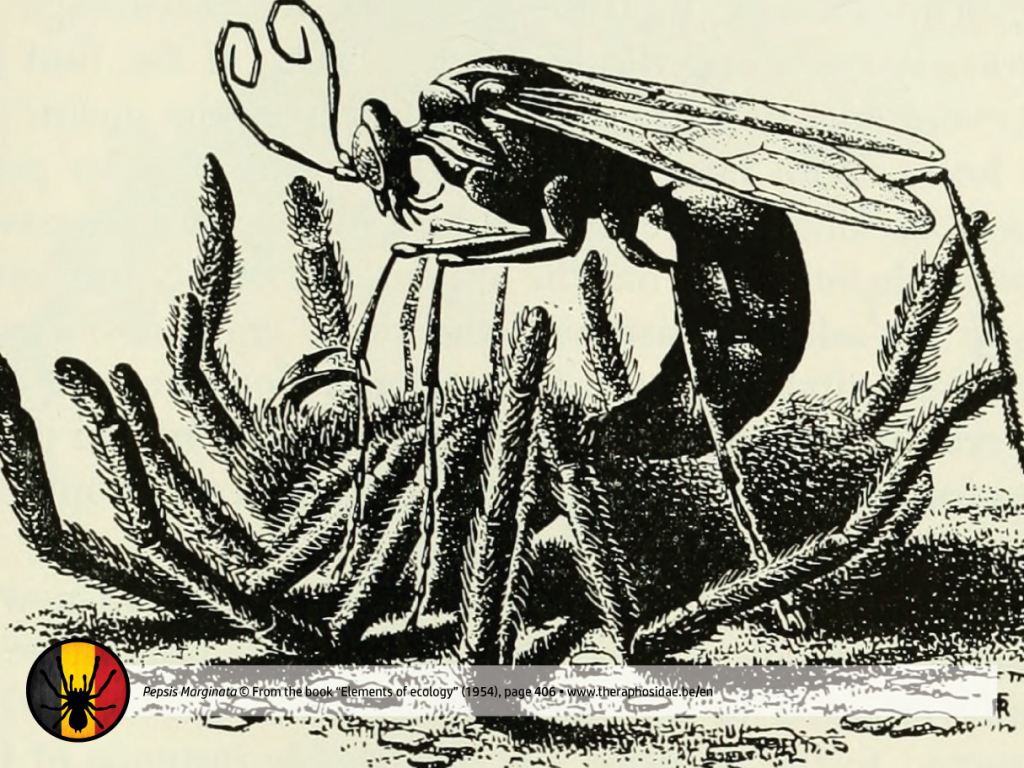 Bird spiders are so big that many people suddenly suffer sweat and breathing problems just looking at them. Their fangs easily penetrate our soft skin and the urticating hairs can be more than just irritating. A bite can result in hospitalization , but… We’re not on the menu! A combination of instinct and indoctrination by culture makes us naturally fear spiders. Since the last time you were enjoying your steak-a-poivre in your favorite restaurant, a lot of people elsewhere on this planet have been sucking the legs of a tarantula empty. Some South-American Indian tribes, but for example Cambodjan civilians as well, can be eagerly looking forward towards a meal with more legs than vegetables on the plate. As your eyebrows go up and down thinking about this, know they are convinced of the fact you’re the weird one. It’s only a matter of habit…

However, bird spiders do have plenty more enemies than just human teeth and fear. Extreme weather, such as flash floods or extreme drought, can kill them, while several birds, mammals, amphibians and reptiles sometimes attack a bird spider. Birds are sophisticated killers, neutralizing the spider’s fangs and hairs easily. Mammals, on the other hand, will give up their fight more often because of the hairs irritating the skin and the unpredictable movements of the spider. Lizards and snakes will have to watch out which bird spider they pick, because there is a neverending possibility they end up on the spider’s fangs. In their quest to reproduce, male spiders often loose their lifes after a deadly strike by the female. Parasites, such as mites and worms, can be fatal as well, but the most efficient killer of them all is the spider wasp, pompilid wasp, a family of 5000 species subdivided in 6 subfamilies of which the wasps of the Pepsis-genus already made plenty of casualties in the family of the Theraphosidae.

After luring the victim out of its burrow, the wasp will strike with a stitch in one of the sensitive parts of the spider’s body. A few seconds later you’ll notice the wasp dragging the paralyzed spider into a hole, sometimes the spider’s burrow. After laying an egg upon spider’s body she will close up the burrow. Notice the spider is still alive and will be degraded to nothing more than living flesh for the larva of the wasp. The egg hatches within 3-4 days after which she’ll be consuming the tarantula for app. 30 days. When fully grown the wasp climbs out of the hole looking for a new victim. A study of Pepsis thisbe in Texas indicated that on average 13.4 eggs were laid per female wasp, an indication of the number of tarantulas potentially killed per generation of the tarantula hawk. Please take a moment of your time to see such a killer Pepsis-wasp in action. Rest in peace, my cute eight-legged friend.

The last enemy, but admirable in all its aspects, is the ant. With their protrusive fascism they are a real threat to a lot of living species. Not the spider, but its eggs are all too often in the center of their attention. Besides a rough webcomplex, whether or not loaded with an amazing amount of urticating hairs, the ants sometimes get to deal with a very unexpected enemy… A frog! Microhylids, or narrow-mouthed frogs, were able to set up a collaborationpact with some of our beloved bird spiders. The fact they were not being eaten at first encounter, is because they’re probably unpalatable due to their skin toxins. For instance, in 1989, Crocraft & Hambler have been noticing a collaboration between Chiasmocleis ventrimaculata and the bird spider, Xenesthis immansis (in 2002 Csakany corrected it to a spider of the Pamphobeteus-genus). They’ve seen the frog eating the invertebrates who were interested in the remains of the spider’s meals, which were rather nutritious for the tadpoles. It was Hunt who suggested in 1980 that the bird spider might gain benefit of the frogs presence as they protect the eggs from being eaten. In return, the fragile frog gains unconditional protection against predators like snakes and larger arthropods. This observation was being confirmed by Siliwal & Ravichandran who’ve seen spiders of the Poecilotheria-genus together with Kaloula taprobanica in Asia. More recently, in 2009, Karunarathna & Amarasinghe reported close relationships between Poecilotheria ornata or Poecilotheria subfusca and Ramanella nagaoi. It’s incredible to see how an indivualised animal like a bird spider tolerates the presence of another creature to take advantage of it. Whoever might have doubted it, this form of mutualism shows once again the world we live in has beauty in it where you don’t expect it. Wonderful, I love it!

• A tiny frog and a giant tarantula – THE ODD COUPLE.

• A beautiful webpage by Jan-Philipp Samadi in which he claims to have encountered Sericopelma spp. with frogs.