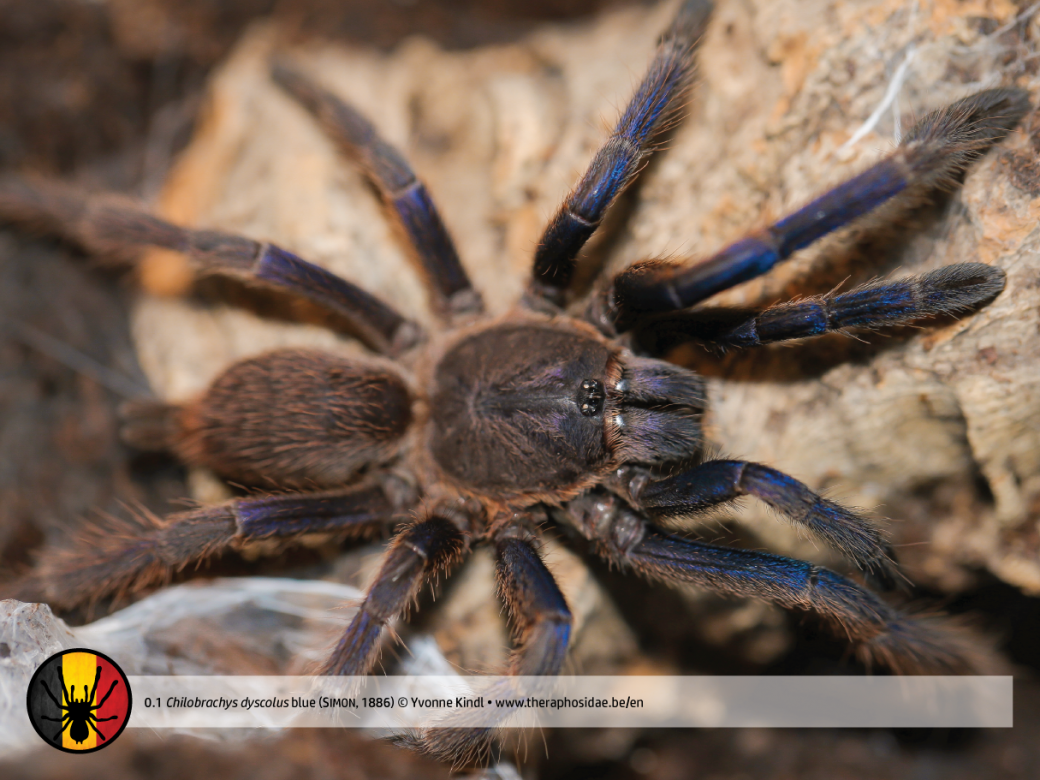 Chilobrachys dyscolus (Simon, 1886), also known as “Asian smokey earth tiger” or “Burma chocolate brown”, is a remarkable and stunning bird spider due to its coloration and anatomy from Myanmar, Malaysia, Vietnam and India (source). Sometimes you’ll notice people talking about the “Vietnam blue”, which is referred to Chilobrachys dyscolus blue form, commonly known as Chilobrachys sp. blue vietnam. This specific species is native to South Vietnam. However the “chocolate” in her common name makes you think different, the spider swaps color from chocolatebrown to black (blue) post-molt. Mother Nature keeps surprising.

Body length: ≤ 5-6cm. Chilobrachys dyscolus is sexually dimorphic, with females being larger and heavier than males. Males are differently colored (look below).

Behavior: Nervous, defensive and fast. The spider will try to flee at first. Persistent provocation can result in a bite. The Chilobrachys-genus is known to create beautiful webs and a tunnelsystem below the surface. At broad daylight she’ll stay deep inside her burrow, waiting for an unsuspecting prey at the entrance of her burrow at night. Chilobrachys dyscolus can be considered a pet hole, so know what to expect when buying. Mine, however, is more active and visible than bird spiders from, for example, the Haplopelma-genus.

Chilobrachys dyscolus lives in tropical warm and humid area, with dry, cold and harsh winters. In june, july and august precipitation can last for hours, even days. During summer, temperatures often reach 30°C. Please be informed of the fact the spider will protect itself against the sun making a burrow deep in the ground. Do not overheat the terrarium.

• Plan the pairing at the end of wet season and let the cage dry out for 2/3 months, while temperatures drop to 18/21°C. Systematically raise up temperature and humidity. This will trigger the female to start making the cocoon.

• 4 months after mating (a few weeks after introducing spring), the female will start making her cocoon. Deprive the cocoon, when desired, 4-5 weeks later. Store the eggs in the incubator at 26-29°C and a humidity near to 100%. Expect 150-250 spiderlings to come out. 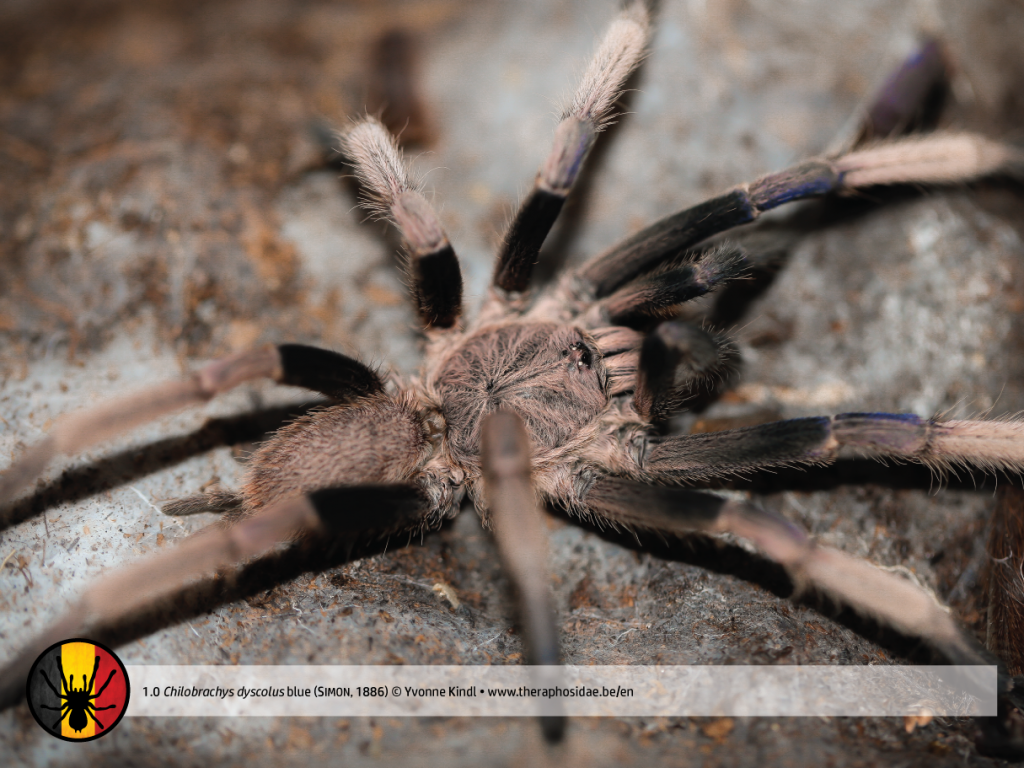